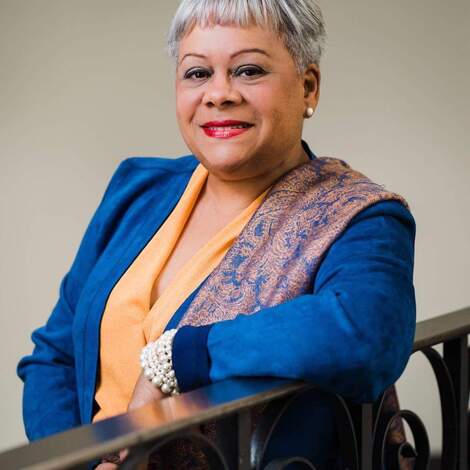 ​Carmen Sonia Martinez was born in the Dominican Republic and came to the United States in 1972, settling in South Bronx of New York City. She later moved to Herkimer County, attended Herkimer County Community College, and graduated with an A.A.S degree in Travel & Tourism. Her 27 year career was in healthcare, working at Excellus BCBS until 2013, worked for the Utica City Schools District, as a Spanish Academic Coach until March 2019, and recently accepted the appointment of Executive Director for the Mohawk Valley Latino Association. This has been a goal of Ms. Martinez, since she has been in this role for the past 15 years as a volunteer Chairman/Executive Director.

To address the issues of the lack of educational and cultural support services for area Latino residents, she cofounded the Mohawk Valley Latino Association (MVLA) along with three other Latino colleagues. MVLA unites the Latino community and provides coordinated assistance in navigating education, housing, immigration, healthcare, social services, translation/interpretation, judicial and/or employment issues.

Ms. Martinez is a member of many community boards, such as; Boys Scouts of America Revolutionary Trails Council Advisor Board, MVCC CSTEP Advisory Board, Mohawk Valley Non-Profit Leaders, NAACP Oneida County Utica Branch, Upstate Family Health Center, SCORE Utica, Upstate Family Healthcare, Munson-Williams-Proctor Institute, Utica Public Library, YWCA MV, Herkimer College Foundation Board, On Point for College, Advisory Board and the Upstate Latino Alliance.  She was named a member of the Utica’s Mayoral Transition Team of the City of Utica by Mayor Robert Palmieri, is a Oneida County History Center Living Legend 2017 award and received a proclamation from NYS Comptroller, Thomas DiNapoli and NYS Assemblyman, Marco Crespo, Chair, Puerto Rican Hispanic Task Force. In the fall of 2017, Ms. Martinez received the Oneida County History Center Living Legends Award. She has also been recognized by the Maranatha Church in Rome as a Latina leader for the 2018 Hispanic Heritage Month, in October 2018, the Genesis Group “Joseph R. Carucci” Legacy award for her dedication to her community, and recently received a NYS Senate Commendation award by Senator Joseph A. Griffo on February 6, 2019. 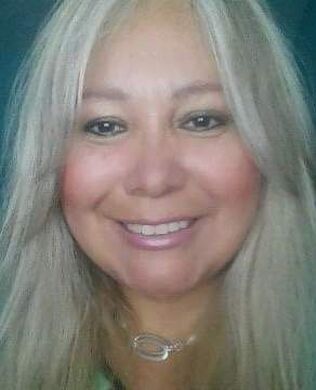 ​Dr. Gloria E. Casas-Morales was born in Peru, she is married and moved with her son Rafael to Utica, NY in 2011.
Gloria is a Medical Doctor with 27 years of experience in Healthcare as a Medical Audit Specialist, Hospital Management, Management Control Health Services Assessment, with great experience and Management of the Project for Comprehensive Healthcare of Children Having Asthma at the North of Lima- Peru. Management of First-Level Healthcare Center Staff at Medical Directorship oriented to Team Work Leadership.

Dr. Gloria Casas-Morales has experience in Assessment of Health Services in Health Directorate of Northern Lima, was member of the Peruvian Foundation of Bronchial Asthma, the Peruvian Pulmonary Society and currently is member of the Hispanic Health Professional Association of New York.

In 2011 Dr. Gloria Casas-Morales was the first Observer Physician as Hospitalist and Physician of Medical Offices at Faxton St. Luke’s Healthcare and is also Vice-President of Gloria’s Ice Cream Inc.

In 2018 was honored with the “Mohawk Valley Latino Association Volunteer of the Year Award” as her goal is to connect the Latino Community members with the resources available to improve their communication skills with learning English Courses and all networks as well as to provide support and development in the Mohawk Valley.

Dr. Gloria E. Casas-Morales was born in Peru , she is married and moved with her son Rafael to Utica, NY in 2011. 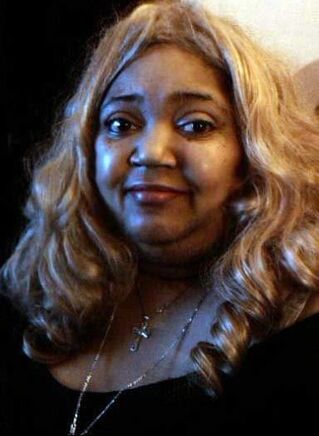 ​Dawn has a long history of community service, advocacy, and environmental education, with a focus on all age groups and segments of society.  She moved to Utica in 2007, after living in New York City for many years.  Ms. Laguerre has designed and implemented grass roots programs aimed at community improvement, educational, advocacy and environmental justice.  While living in New York City, she worked for the Office of the Brooklyn Borough President as well as for programs in the Office of the Mayor.

Ms. Laguerre worked as Program Director for Chapman University where she was responsible for student recruitment, organizing conferences, and program administration.  She also worked as an Environmental Educator and taught this subject in New York City public schools.

Since moving to Utica, Dawn has been very involved in a number of local organizations and causes.  She is a past Co-President of the League of Women Voters and currently serves as Youth Director of their Students Inside Albany Program.  In addition, she is on the boards of NAACP, Mohawk Valley Community Action Agency, YWCA, The Landmark Society of Greater Utica, Mohawk Valley Latino Association, Central New York Citizens in Action, and the Anti-Poverty Initiative. In addition, she is a member of Alpha Kappa Alpha Sorority and is a co-founder of Advocacy Welcomes Empowerment (AWE) – a local youth advocacy organization.

Dawn’s main area of expertise is media and publicity for non-profit and service organizations. 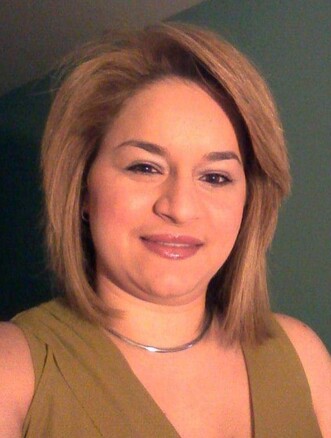 ​Chemirelly Rodríguez, “Chemy” was born in Ponce, Puerto Rico, named “Chemy” she went to Trinity College for an Associate in Accounting. in Puerto Rico. After, she moved to Utica, NY where she started working in retail then change career to banking. Chemy has been in Banking for 10 years, she started as a teller and now she is currently the Branch Manager for Adirondack Bank in downtown Utica, NY. During those 10 years in banking, Chemy  have learned many skills as well as customer service. She has a 5 year old son and is currently expecting her second child. On my days off I like to spend time with my family and go shopping. 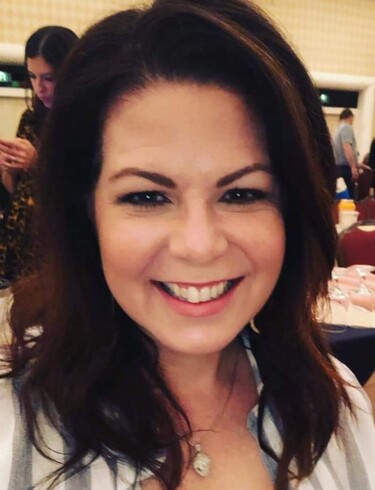 Zaida Morell was born in Puerto Rico . She initially settled in the Albany area in 1992 where she attended SUNY and graduated with a Master degree in Counseling. She built a career by counseling individuals with substance abuse and mental health issues by helping them get reintegrated in the community. She worked as a Psychiatric Rehabilitation Specialist at Northeast Career Planning in Albany. Then she relocated to the Syracuse area where she worked as a Rehabilitation and Vocational counselor at Arise, Child and Family Services helping ex offenders get reintegrated into the world of work.

In 2001, Mrs Morell moved to the New Hartford area with her husband Dr. Martin Morell and their two children, Alexander and Isabel
Once the family was settled she became the STEP( Science and Technology entry program) coordinator at MVCC. During her time at MVCC she also was an Adjunct Professor in the Psychology department.

Zaida has been an active member of the community where she serves in various Board organizations as well as various fundraising committees and mentoring programs. She currently serves in the Arc Board of Directors as the Secretary of the Board. She is also a mentor for Young Scholars and is involved in a new effort to bring high school students from various Mohawk valley districts to be more involved in the arts- “Arms wide Open”.

Mrs. Morell is extremely passionate about breaking barriers for individuals of different ethnicity and levels of abilities to achieve inclusion in all areas of their lives whether is education, employment, residential. She is committed to serve others with the goal of not only enriching their lives but that of the community!

Mrs. Morell is the owner of a Health and wellness franchise with Arbonne International for the past four years and is working towards creating leadership opportunities for young Latina students in the community.

Zaida was also Ms. Puerto Rico Turismo 1989 and was blessed to travel to represent the island of Puerto Rico in various events globally. She enjoys traveling, is an avid reader, passionate about nature, enjoys exercising, spending time with family, personal growth, singing and serving her community. 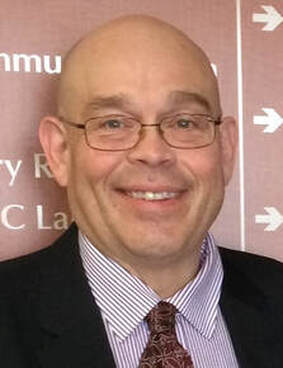 ​Kevin Marken is a Sault Ste. Marie, Michigan native having arrived in Utica, New York in 1997. He and his wife Darby O’Brien have 5 children and 13 grandchildren. Kevin has a Bachelor of Science Degree from Lake Superior State University in Social Science, Political Science and Education as well as a Master of Public Administration Degree from Michigan State University.

Kevin has been On Point for College Utica Program Director since 2013 helping over 1000 lower income inner city, refugee, immigrant, homeless, foster care and other youth with college access, college success and jobs. Prior to that he was Director of Marketing and Development at the Mohawk Valley Resource Center for Refugees and prior to that he was Director of Institutional Advancement at that Stanley Center for the Arts where he was responsible for raising the 23 million dollars to expand and restore the Stanley. Prior to that he was President and Executive Director of the Oneida County Historical Society where he was honored with the Non-Profit of the Year Award by the Utica Chamber prior to moving over to the Stanley. Prior to this Kevin had served as Executive Director of statewide and regional historical organizations. Kevin also taught adjunct at Universities in the United States and Canada.

Kevin enjoys partnering with others helping others as a volunteer, board member, committee member and on his own in his spare time. Kevin is the Founding President of the Utica Collegiate Access Network (UCAN) focusing on underserved populations, Founding President of the Oneida County Historians Association and Founding Co-Chair of the Oneida County Freedom Trail Commission. Kevin on numerous boards including the Mohawk Valley Latino Association, the Parkway Center Board, the Utica Rotary Board, DeSales Center, the Multi-Ethnic Association of Burma, the Literacy Coalition HOC,  Downtown Utica  Development Authority and many others. He enjoys spending time with his wife, family and friends playing tennis, helping those in need and plays Santa for charities. 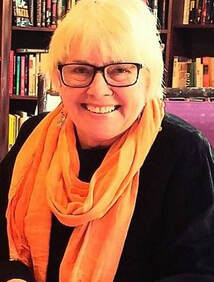 ​Kathy Smith is a life-long resident of the Township of Stark in Herkimer County. She is a graduate of Owen D. Young Central School in Van Hornesville, Herkimer County Community College, and Utica College. Kathy holds a master’s degree in education with an emphasis in reading, and a certificate of advanced study in educational administration from SUNY Cortland. In addition, she completed courses in Information System Management from SUNY Binghamton.

After substituting in area schools and teaching 7th grade English for one semester in Richfield Springs, Kathy began teaching at Herkimer High School in a career that lasted over thirty years. The majority of the instruction was done in remedial/academic intervention services 7-12. Kathy retired from full-time teaching in June 2007 and began teaching part-time English Second Language in the Migrant Education Program at Herkimer BOCES.

Writing experience for Kathy includes free-lance feature articles for agricultural and independent-living magazines such as The Small Farmer’s Journal, Rural Heritage, The American Farriers Journal, & Mohawk Valley USA. She has also written advertising supplements for the Utica Observer-Dispatch. For two years she had a weekly column entitled “At Random” in the Herkimer Telegram. Kathy has read her original poetry at the Art Center in Little Falls, and from her other fiction at area libraries. In July 2015, Kathy self-published an adult novel dedicated to migrant workers worldwide but focusing on the migrant workers of the dairy industry in NYS. It is entitled Another Day, Otro Día. In November 2017, Kathy published a children’s picture book “The Macaroni Necklace and The Pink Panda Bear, A Story About Saying Goodbye” which was richly illustrated by her cousin, Patty Fleckenstein. Kathy has had a life-long love for animals. Beginning in 1989, she and her husband, Robert, began to raise registered Dexter cattle which is a recognized rare breed by the American Livestock Breeds Conservancy. In their work as owners/breeders of Dexters, Kathy also served in various capacities in Dexter cattle associations including Regional Director, Chairperson of advertising, and President of a national organization. Kathy and Robert have two sons, two daughters-in-law and five grandchildren.
CONTACT US